In this activity, you will run a BlocklyProp program that tells the SumoBot’s servo motors to stay still.  When you load that program into the SumoBot, its servos will probably move slowly.  If that’s the case, you can “center” each servo by adjusting its set screw with a screwdriver to make it stay still.

When the servos are centered, it will allow your SumoBot to briefly stop moving during competitions.  It will also reduce its tendency to curve in one direction in response to a program that’s telling it to travel in a straight line.

Over time, motor vibration can cause the servo’s set screw to drift away from the center setting you adjusted.  If that ever happens, just repeat this activity to re-center the servos. 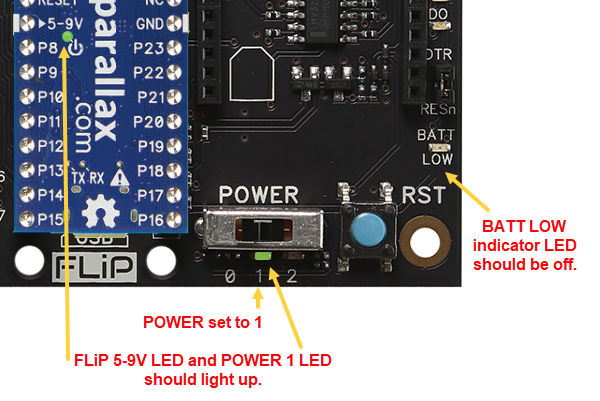