This image is meant as a sample illustration of course design only, and not an actual course. Teams would start on the far left (in the blue box) of this track, and end on the far right (as soon as they break the plane of the blue box). The red rectangles represent 3-dimensional objects (at least 4 inches high, NOT drawn images) blocking the path. Your bot must be able to stay on the black AND navigate around 3D objects. 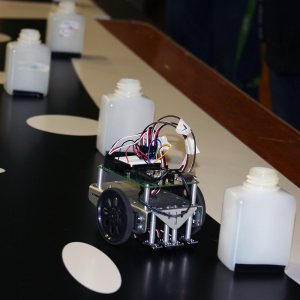 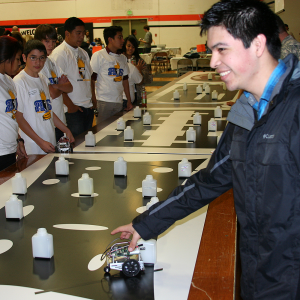