Put the safety glasses on immediately! The Gripper has small parts, including a torsion spring which may be inadvertently released during assembly. An Arm connects each Finger to the Base, from the top side. Each Arm has three posts pointing downward: one on the thin end for a Finger, one on the geared end for the Base, and one in the center for the Idler Gear that slips between the Finger and Base gears.  A Gear Plate on the bottom holds the pieces together. 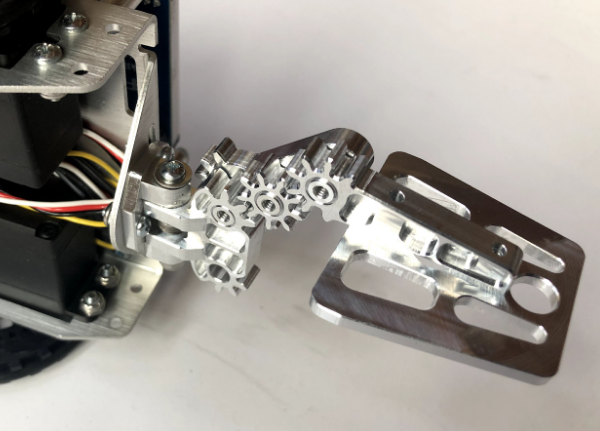 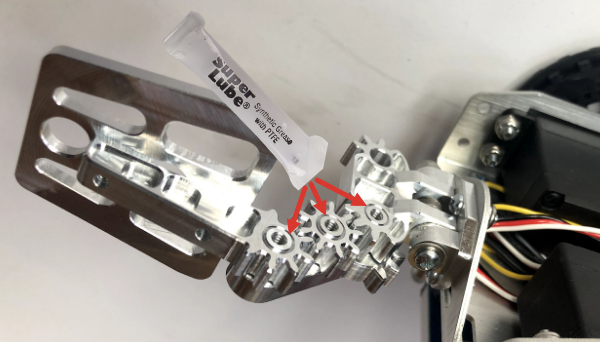 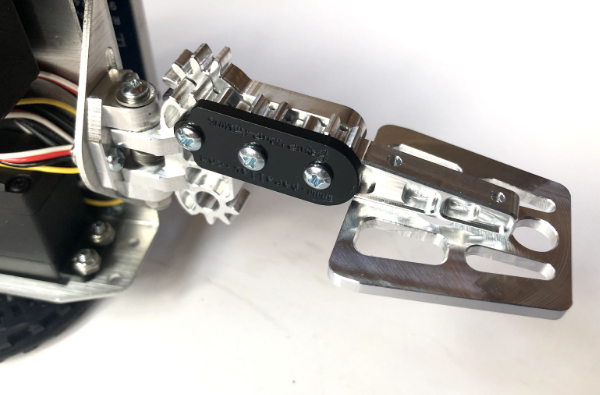 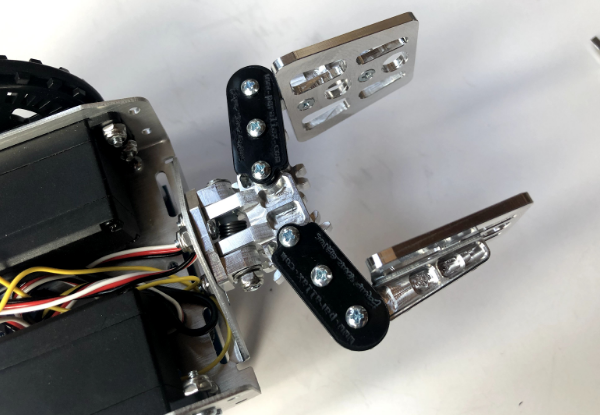