This tutorial builds on the How to Create a Simple Library tutorial, and shows how to split the single .c file into multiple .c files to save memory.  It also demonstrates how a library can share global variables.

Let’s go back and try the test code from My Documents, and take some notes about the memory usage.  We can use this as the “before” entry in a before/after comparison of how much memory a single function call to the awesome library takes. 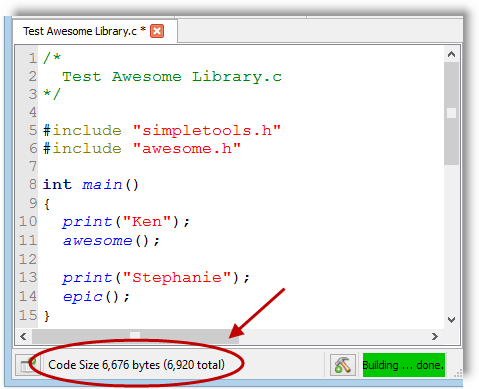 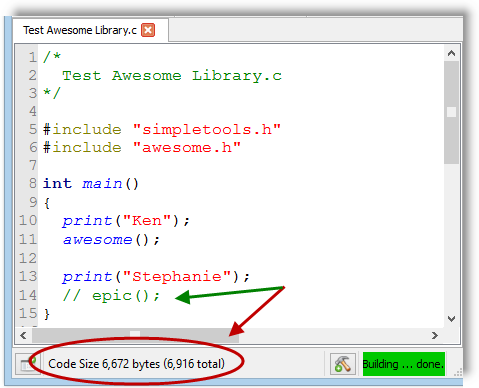 Next, let's put the source code for the awesome function and epic function into separate .c source files.  Then, you will be able to see a much larger program size difference when calling just one function instead of both. 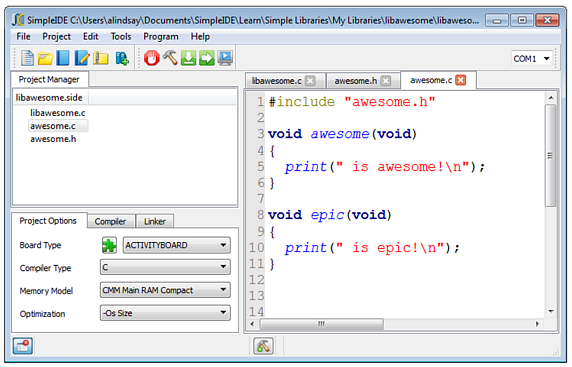 Now, let’s move the epic function into a different file, and recompile. 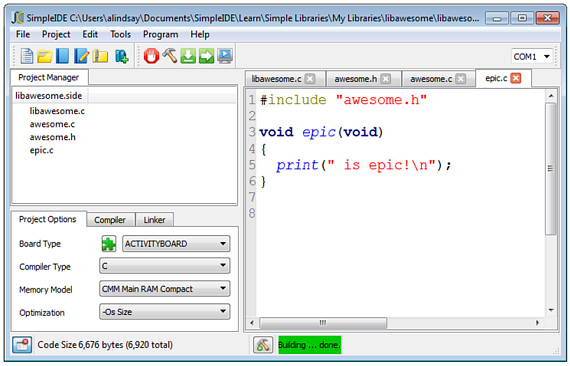 Now that the library has been modified, a call to awesome should only add the awesome function code to the program size, not both the awesome and epic functions' code.  Let’s test that. 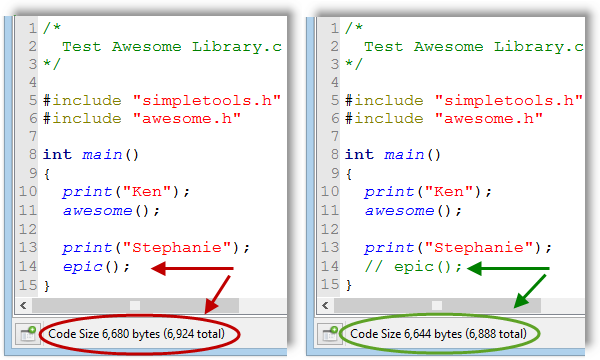 This activity illustrated the advantage to putting your awesome library's two functions into two separate c files. The more functions your library has, the more effective this strategy will be for saving code space.

However, you don't always need one .c file per function.  If two or more functions always work together, there wouldn’t be any advantage to putting them in different files since the code for each of those would always be added to the total program size.  Aside from that, if you have functions that can stand alone, you will benefit from putting them into separate files.