In this activity, you will connect red light emitting diodes (LEDs) to the P5 and P6 sockets, and use them as visual indicators for sumo ring edge detection.  In the next chapter, they will be removed and replaced with infrared LEDs as part of the infrared opponent detection system. 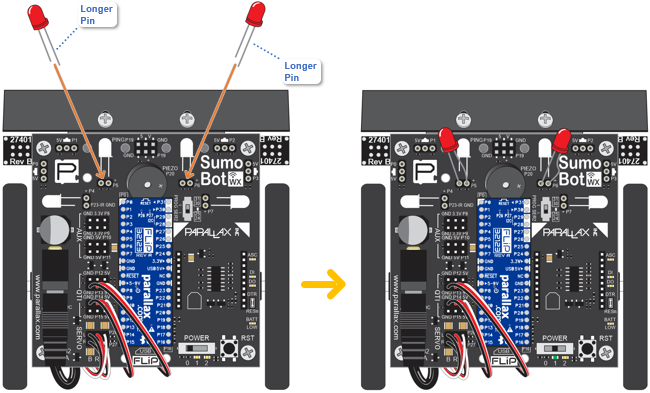 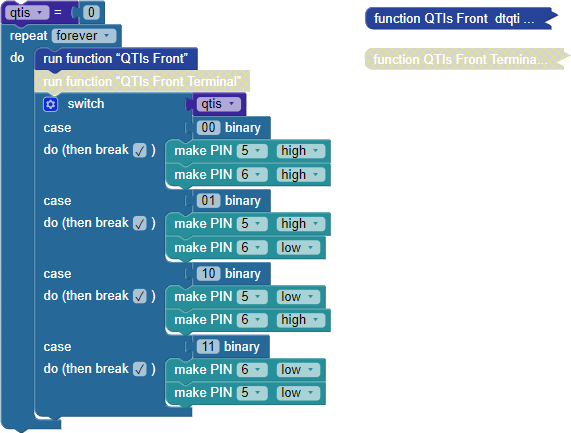 In this switch...case block, if the qtis variable stores binary 00, it turns both LEDs on with the make PIN 5 high and make PIN 6 high blocks.  After that, (then break ✓) causes it to skip all the other cases.  In other words, the switch...case block only runs blocks for one case and ignores all the others.  The next time through the repeat loop, the qtis variable might instead store binary 01.  This time, the second case of 01 binary matches the qtis variable at the switch input.  So, it runs the pair of blocks for that case: make PIN 5 high and make PIN 6 low.  The result for each of these cases is that LEDs turn on to indicate that a given QTI is over a white surface, or off for a black surface. 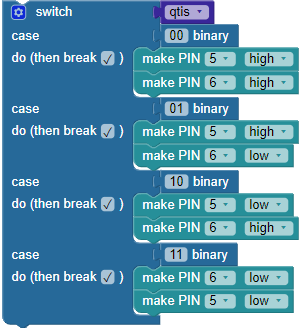 For more info on the switch...case block, look it up in the Propeller BlocklyProp Reference control page.