For the SumoBot WX to roll forward, the left and right wheels have to turn in opposite directions.  It may sound counterintuitive, but take a look at the left side of your SumoBot.  See how the left wheel has to roll counterclockwise if it’s going forward?  Now, look at the right side.  The right wheel has to turn clockwise for forward motion. 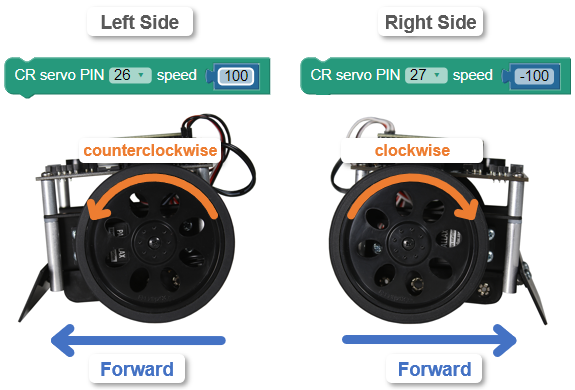 Each wheel is independently controlled by its own block.  The next diagram shows some examples of wheel speeds and how they relate to forward and backward with speed control.

For example, to make the SumoBot roll full speed forward, one block has to have its PIN set to 26 to control the left servo, with a speed of 100 for counterclockwise wheel rotation.  A second block with its PIN set to 27 to control the right servo and speed -100 for clockwise rotation.  For full speed reverse, one block would need PIN 26 and speed -100 for the left servo and PIN 27 and speed 100 for the right servo.  To make the SumoBot stop, set both P26 and P27 block speeds to 0. 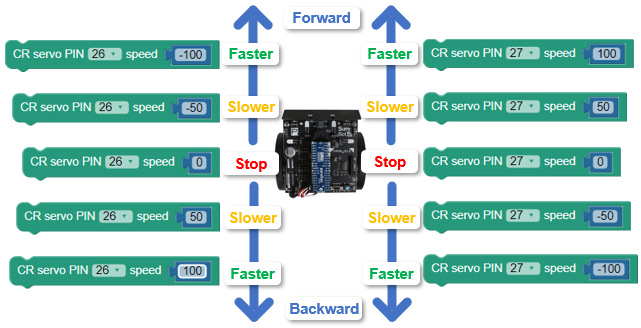 Since the wheels are controlled independently, you can get pretty creative with maneuvers.  This animation shows the results of various combinations using -100, -50, 0, 50, and 100 for speed.  Watch it carefully, and think about which direction and how fast each wheel turns in response to the speed values.

In this activity, you will test some of the pin and speed combinations. 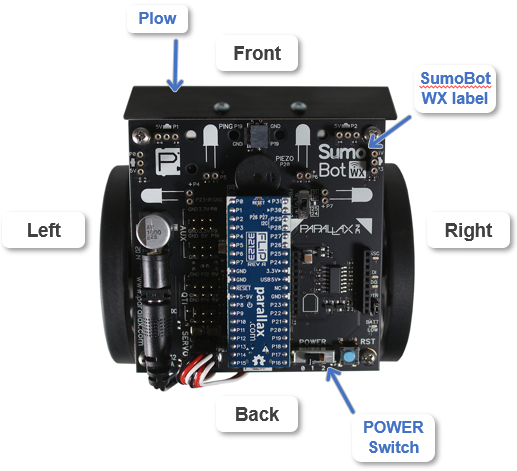