The EEPROM memory on the Activity Board can hold up to 64 kilobytes (KB) of data. The first 32 KB is used to hold your programs when you click “Save to EEPROM”. The remaining memory — often called upper EEPROM — is used to hold information that can be accessed by the programs you write for your Activity Board.

The chart below illustrates how the EEPROM is used.  When you install the ePaper fonts, they use about 23 KB of EEPROM memory: 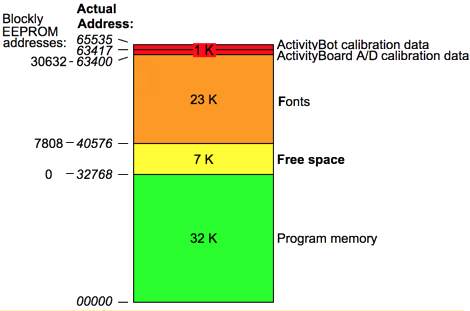 If you look carefully at the example chart above (though your program may not have ActivityBot calibration data in the EEPROM), when fonts are installed, there are about 7.8 kilobytes available for other uses. In BlocklyProp, that area is accessible via the Memory > EEPROM blocks. 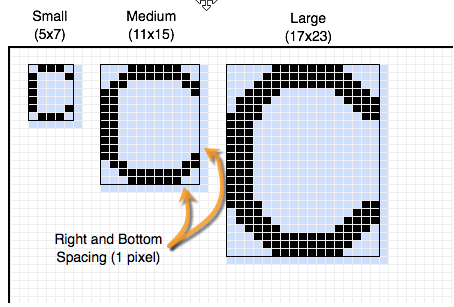 Try This - Experimenting with Font Sizes

Now that you have loaded fonts to your Propeller board’s EEPROM, you are ready to experiment with those different fonts and sizes.  By default, the ePaper print text block will use the Sans font in size small however you have other font and size options. 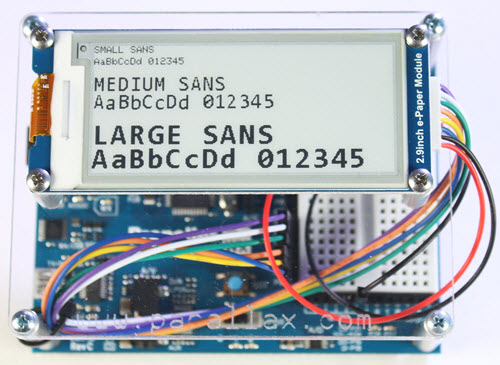 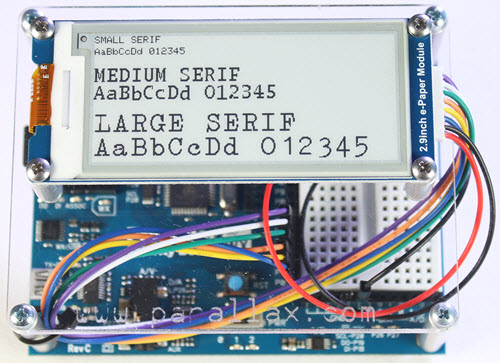 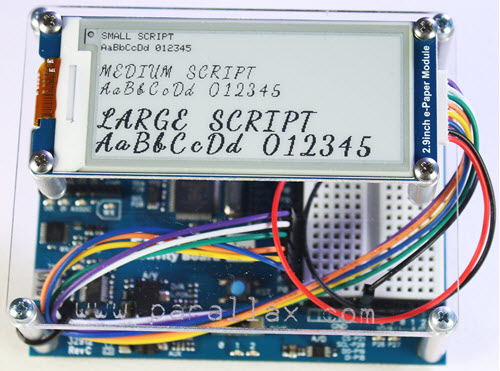 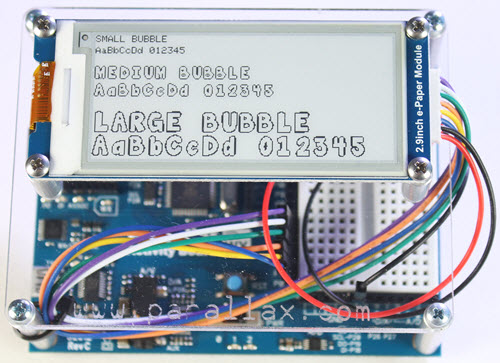 By default, the ePaper print text block will use black text on a white background. The ePaper font color block adds another element of fun and functionality!