In this activity, you will build and test infrared object detectors for the BOE Shield-Bot. 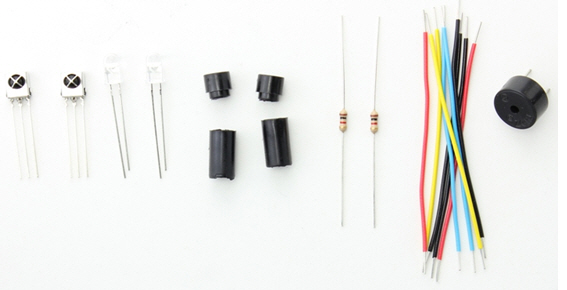 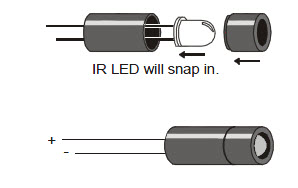 The next figures show the IR object detection schematic wiring diagram.  One IR object detector (IR LED and receiver pair) is mounted on each corner of the breadboard closest to the very front of the BOE Shield-Bot. 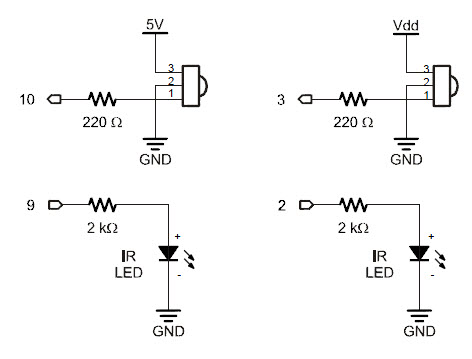 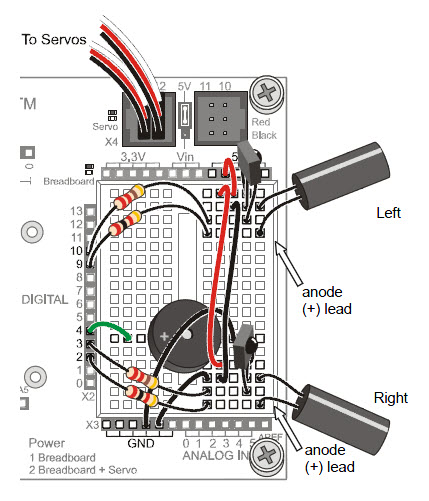 Watch your IR LED anodes and cathodes!
The anode lead is the longer lead on an IR LED by convention. The cathode lead is shorter and mounted in the plastic case closer to its flat spot.  These are the same conventions as the red LEDs we have been using.