When a quadcopter tilts so that it can direct its thrust and move laterally, it does so by creating more thrust on one side of the quadcopter than the other. This difference in thrust creates a torque. A torque is a force applied some distance away from a rotating center: 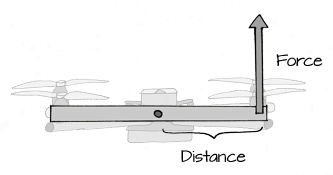 Torque is greatest when the force is applied further away from the center - this is why a long wrench helps you loosen a bolt more easily than a short wrench.  To calculate torque, we use the formula:

Torques are what cause rotation.  Rotation is when an object turns around its center.  The faster something rotates, the more angular velocity it has.  Angular velocity can be measured in degrees per second.  Another common measurement is revolutions per minute, or RPM.  If you remember that there are 360° in a circle, and if an object takes 2 seconds to make one complete rotation, it's angular velocity would be 180° per second. 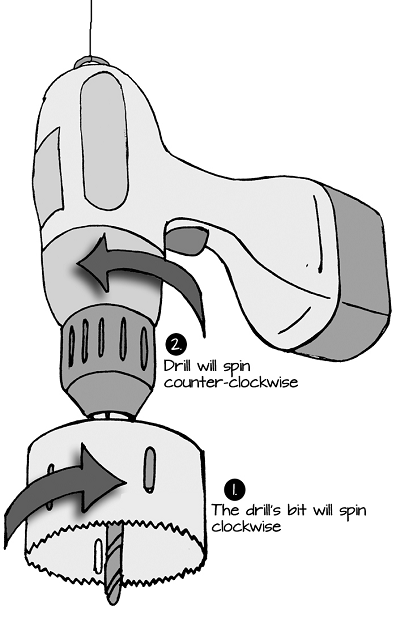 Helicopters experience this as well. By using a tail rotor, helicopters are able to prevent their bodies from spinning out of control: 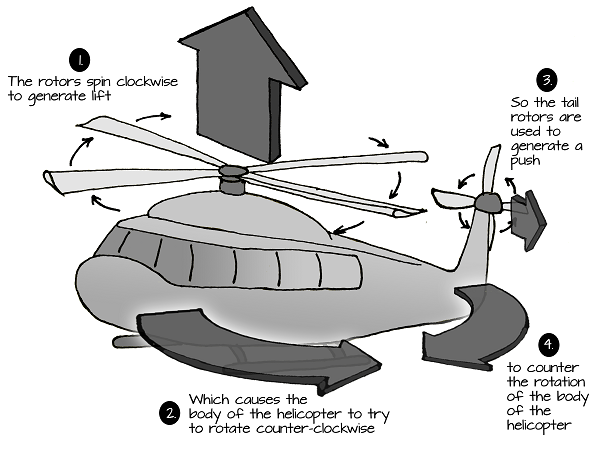