Airplanes are able to turn by using a control surface called a rudder. The rudder is used to push the tail to one side or the other, causing a rotation referred to as yaw. Yawing allows an aircraft to turn similar to how the front wheels of a car are used to make the car steer: 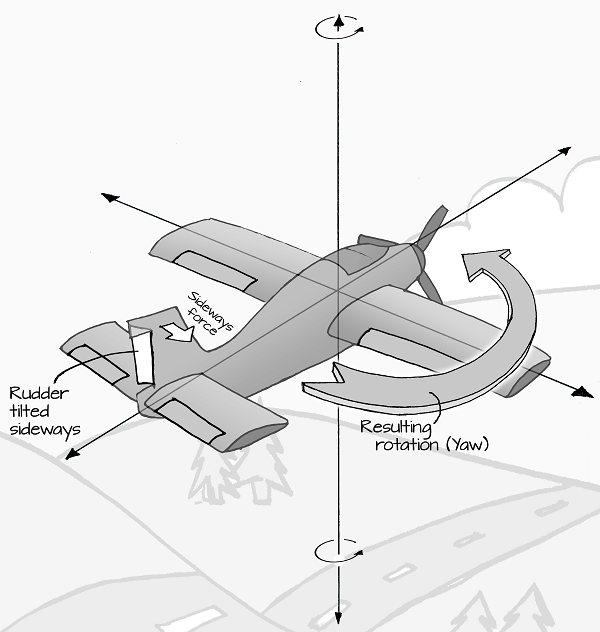 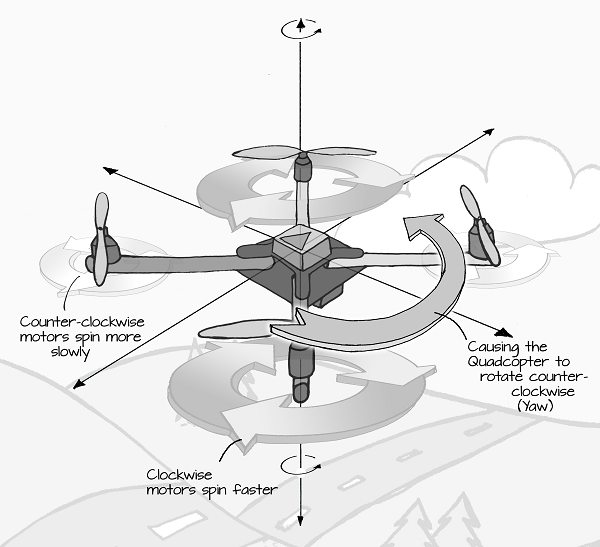 It is important to note that when a quadcopter is yawing, only two of the motors are providing most of the lift.  This means that the quadcopter is less stable during a yawing maneuver and more susceptible to interference from wind or disruption from other maneuvers such as roll and pitch that might be happening at the same time.