Is it likely that pattern would be 0b1001 where the two outside QTI sensors are seeing black? Not likely since they’re 1-½” apart and electrical tape is less than ¾” wide. Rather than check for every possible 16 cases, choose the ones which are most likely. This saves memory and creates a faster-running program. The example program has eight possibilities shown and described in the following 8 images. 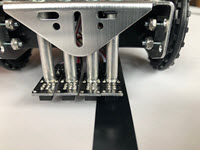 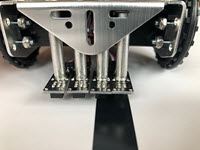 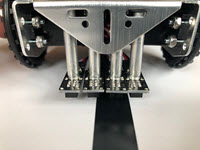 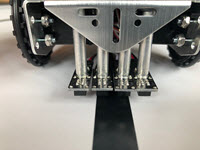 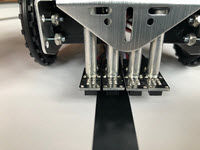 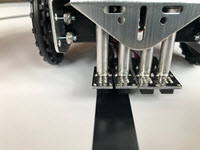 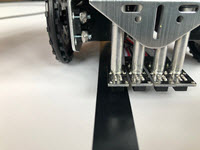 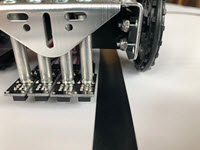 0b0000, Backup, turn, rotate, make a sound - or do the same command previously executed?

The cyber:bot Forward and Backward tutorial showed how the right motor must turn the opposite direction for the robot to go forward, using negative values. For example:

Note that the example QTI_Follow_Line.py code uses all positive values. How is that possible? At the end of the program the wR values are made opposite, allowing the use of all positive numbers as arguments.

This makes it a little bit easier to come up with drive speed values in the example program. The values work well with a gentle, curvy line formed with electrical tape. The combinations of motor speeds you use will vary based on the line you create.

Example code is shown below.

If you are competing in a line following contest, you can speed up your cyber:bot two different ways.