To program your cyber:bot, you will write Python scripts and flash them to the micro:bit as usual. But the micro:bit won't be working alone.  The cyber:bot has two key microcontroller chips that communicate via a pair of circuit lines, one for a common clock and one for data, called an I2C bus. 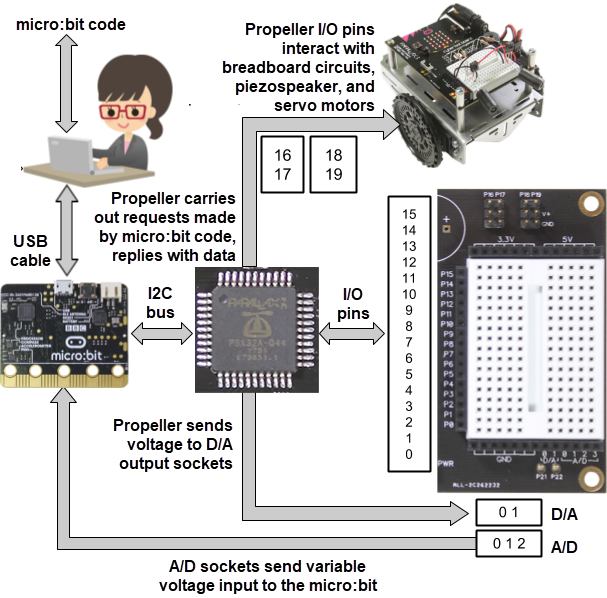 Now that you have an idea of how the cyber:bot robot's parts will work together, you are ready for the next tutorial, Navigation with the cyber:bot.

Attach the cyber:bot Board chapter

Build your cyber:bot (Rev A or B)