Devices typically use packets to exchange data.  Packets can contain multiple pieces of information, including headers, trailers, sequence numbers, checksums, and other features to make communication between apps and over the web robust.

Remember countdown_timer.py from Input/Print for Applications in the Computer-micro:bit Talk tutorial?  It was a script that allowed you to set the start number for the count down and a message to display afterwards.  In this tutorial’s example, you will enter data into a terminal connected to the sender micro:bit.  It will packetize the start number and ending message before sending it over the radio.  The receiver micro:bit will unpack the data and use it to perform the countdown. 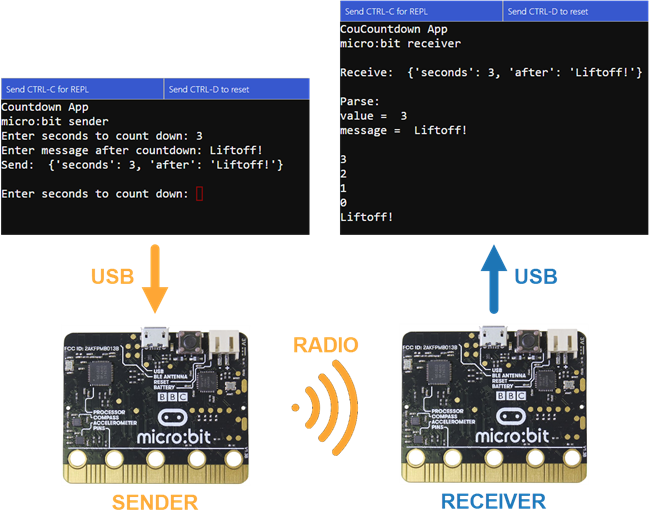