Imagine sharing something personal, like maybe your mood or reaction to something, with a friend.  The catch is, everybody else in the class gets to read your text!  That’s certainly possible if you share your data unencrypted. 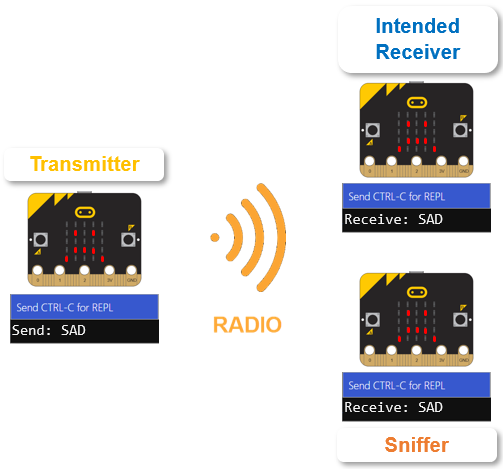 This activity uses one micro:bit to broadcast microbit.Image.HAPPY/SAD/ANGRY images.  They might be only intended for one micro:bit receiver, but without encryption, any other micro:bit receiver in range can access the data too.  Other people might monitor channels with their micro:bit modules and after gathering information through sniffing, then use it for purposes you would not want or intend.

After this activity, you will add encryption, and examine the difference in what the “sniffing” micro:bit is able to detect.

See Texting with Terminals if you need a reminder on how to set up the serial connection to the micro:bit modules.

If the sniffer micro:bit also displays the same images, it means the person with that micro:bit can monitor all your data exchanges! 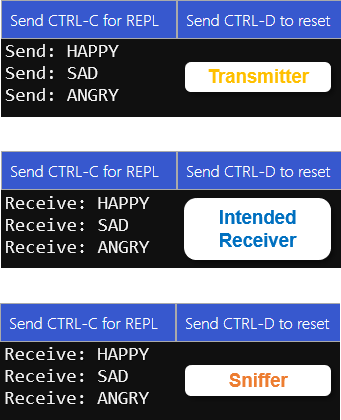 Cybersecurity: Sniffing Attacks and Defenses chapter How the Sender, Receiver, and Sniffer Work